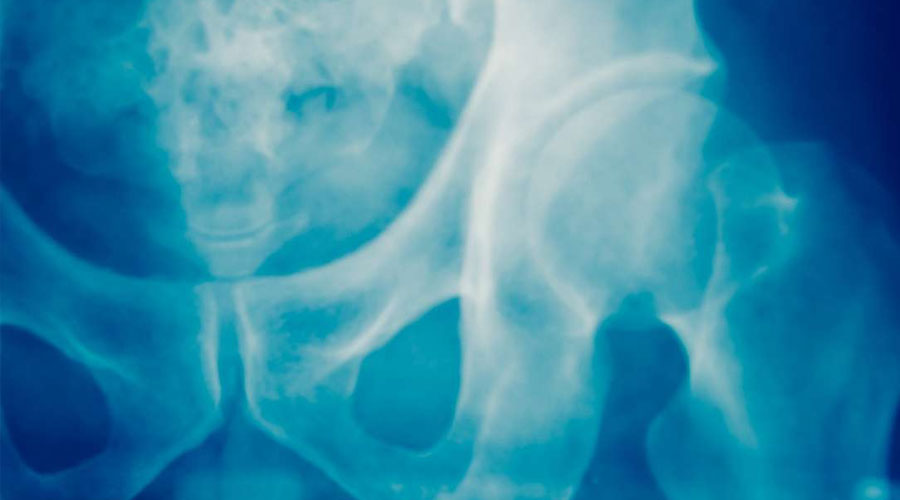 Chondrosarcoma is a type of bone cancer that occurs in cartilage cells. Cartilage is the specialized, gristly connective tissue that is present in adults. Most bones develop from this tissue. Cartilage plays an important role in the growth process. There are many different types of cartilage all over the body. Chondrosarcoma mainly affects the cartilage cells of the thighbone (femur), arm, pelvis, or knee. In some cases, other areas (such as the ribs) may be affected.

Treatment will depend on your symptoms, age, and general health. It will also depend on how severe the condition is.
The goal for treatment of chondrosarcoma is to remove the mass and reduce the likelihood that it will return. Close follow-up with your healthcare provider may be needed. Treatment may include:

Cancer is made of changed cells that grow out of control. The changed (abnormal) cells often grow to form a lump or mass called a tumor. Cancer cells can also grow into (invade) nearby areas. And they can spread to other parts of the body. This is called metastasis.
Osteosarcoma is a type of bone cancer that often develops in the osteoblast cells that form bone. The bone the cancer cells make is not as strong as normal bone.

It happens most often in children, teens, and young adults. About 1,000 new cases of osteosarcoma are reported each year in the U.S. Of these cases, about 450 are in children and teens. It happens slightly more often in males than in females.

Osteosarcoma most often starts in the long bones around the knee. Other sites for osteosarcoma include the upper leg (thighbone), the lower leg, or the upper arm bone. But it can start in any bone in the body, including those in the pelvis, shoulder, and skull.

Osteosarcoma may grow into nearby tissues, such as tendons or muscles. It may also spread, or metastasize, through the bloodstream to other organs or bones in the body.

Treatment will depend on your symptoms, age, and general health. It will also depend on how severe the condition is.
Treatment may include:
Surgery to remove the tumor. This is the main treatment for most people.
Chemotherapy to kill cancer cells anywhere in the body.
Radiation therapy to kill cancer cells and shrink tumors. It might be used after surgery to kill any cancer cells that may be left behind.
Rehabilitation, including physical and occupational therapy, and psychosocial adapting
Supportive care for the side effects of treatment
Many people, particularly those with higher grade tumors, will receive a combination of treatments. Some types of treatment may later affect fertility. If this side effect is permanent, it might cause infertility. This means you may not be able to have children. Both men and women can be affected.

innovative techniques Platelet-rich plasma therapy Times have changed since the days of bloodletting, when doctors…

Back and Neck Pain

Back and Neck Pain Back pain can range from a mild, dull, annoying ache, to…