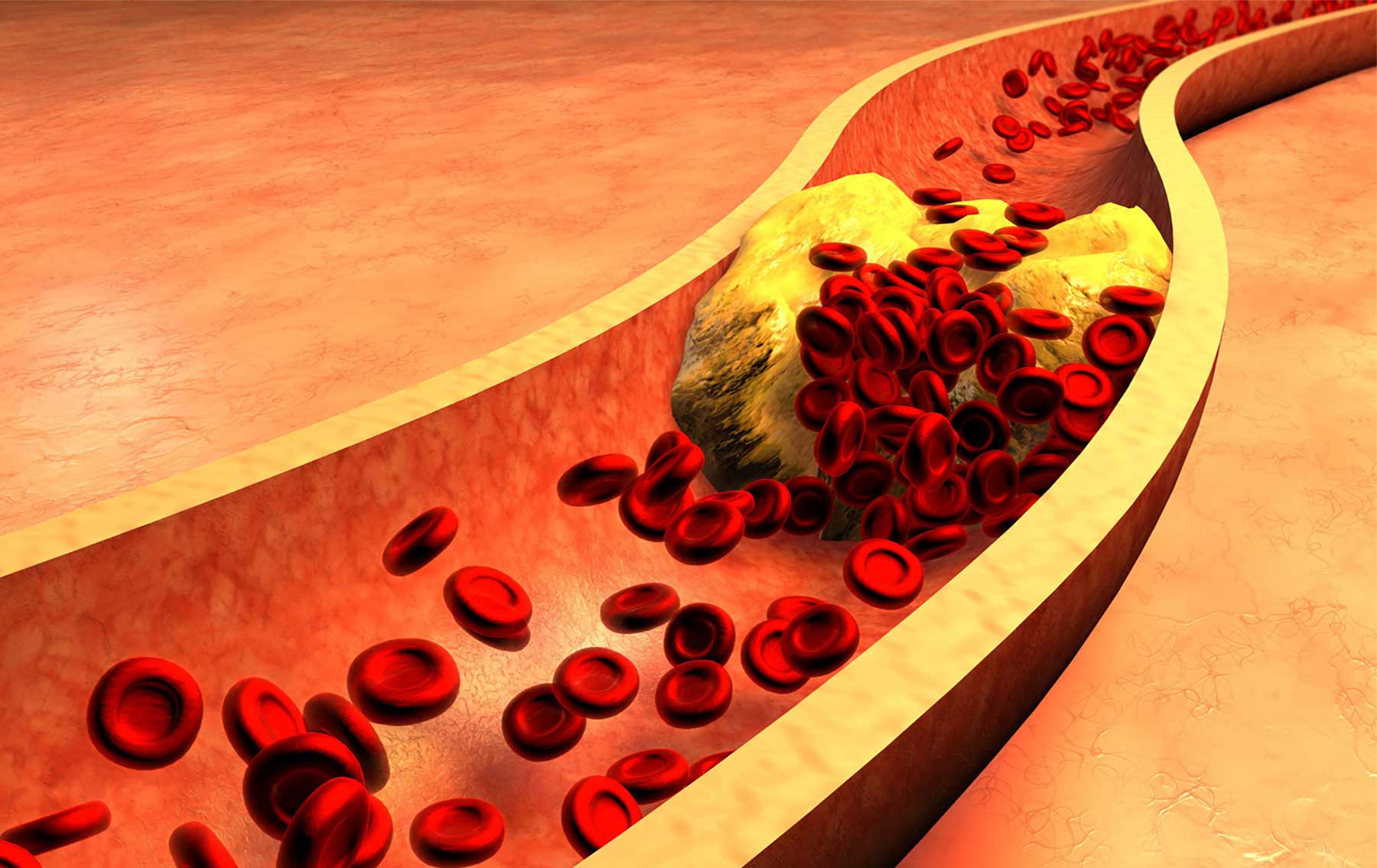 An embolus is usually a fragment of clotted blood or a piece of a fatty deposit (plaque) that is carried along in the bloodstream. The embolus may be very small, but, because the arteries branch into smaller and smaller blood vessels as they deliver blood to the tissues, the embolus will eventually get stuck and create a blockage (called an embolism) that prevents blood from reaching the tissues beyond the blockage. An embolus may develop in the heart after a heart attack or from another heart disorder. It may be a fragment of bacterial growth resulting from bacterial endocarditis. In rare cases, an embolus may be a tiny foreign object that entered an artery through a wound, or a gas bubble that formed in the tissues.

The severity of an arterial embolism depends on its size and location. Some organs, such as the brain, kidneys, and heart, are extremely sensitive to sudden decreases in blood supply. Other organs have multiple sources of blood and may not be affected significantly by an embolism. Although arterial embolisms most often affect the brain and legs, they can occur anywhere in the body.

A small embolism usually goes unnoticed unless it blocks the blood supply to a large area or to a very sensitive organ such as the heart or brain. An embolism in the intestine may cause loss of function in the affected part of the intestine and may produce symptoms of an intestinal obstruction. To learn about the symptoms of a cerebral embolism, read the articles on stroke and transient ischemic attacks. To learn about the symptoms of an embolism that affects the heart muscle, read the article on heart attack. In other parts of the body, especially the arms and legs, pain may be the earliest symptom, followed by a tingling or prickling sensation. The affected area eventually becomes numb, weak, and cold. If the embolism is in an arm or leg, the skin appears pale at first but later appears blue as sluggish blood flow depletes oxygen and leaves behind bluish, oxygen-poor hemoglobin. Both legs can be affected if a large embolus blocks the aorta (the main artery in the body) where it divides in two. This type of embolism (called a saddle embolism) can cause severe pain in the abdomen, back, and legs.

If a major artery is blocked, the tissues it supplies with oxygen and nutrients will be damaged if the blockage is not treated promptly, and gangrene (tissue death) may develop. In the brain, an embolism can cause a fatal stroke. If a blockage occurs in the aorta, the chance of survival without surgery is only 50 percent.

A doctor may prescribe anticoagulants (blood thinners) such as heparin and thrombolytic agents (clot busters) such as streptokinase or tPA (tissue plasminogen activator) to reduce clotting and break up any clots that have formed. The combination of these drugs triggers the body’s natural processes to dissolve the blood clot and prevent further clots from forming.

If, despite drug treatment, a major artery remains blocked after a few hours, surgery will be necessary to prevent gangrene. The procedure, called an embolectomy, involves inserting a catheter (a thin, flexible tube) into the affected artery and drawing the embolus out through the catheter. With prompt surgery, a person usually recovers completely.