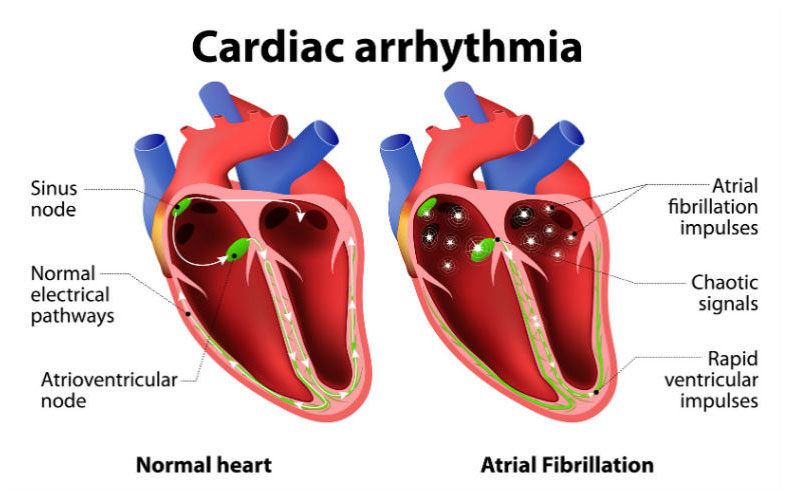 In some cases, an arrhythmia may develop without an obvious underlying cause. Factors that increase the risk of arrhythmia include:

Mild arrhythmias often do not require treatment. More severe arrhythmias and those that produce intolerable symptoms may be treated with beta blockers, calcium channel blockers, or medications that slow the heart’s electrical impulses. You may need to try several drugs before finding the medication that works best for you.

Some severe arrhythmias are treated surgically. Coronary artery bypass surgery and coronary angioplasty are sometimes used to treat arrhythmias that result from heart disease. A procedure called catheter ablation uses radiofrequency energy to destroy or remove a spot on the heart that is causing an arrhythmia. This procedure is similar to cardiac catheterization; a catheter is threaded into the heart, and the radiofrequency therapy is delivered through the catheter.

Many severe arrhythmias are treated by temporarily or permanently implanting an electronic pacemaker beneath the skin of the chest. A pacemaker is a battery-powered device that produces electrical impulses that regulate the heartbeat.