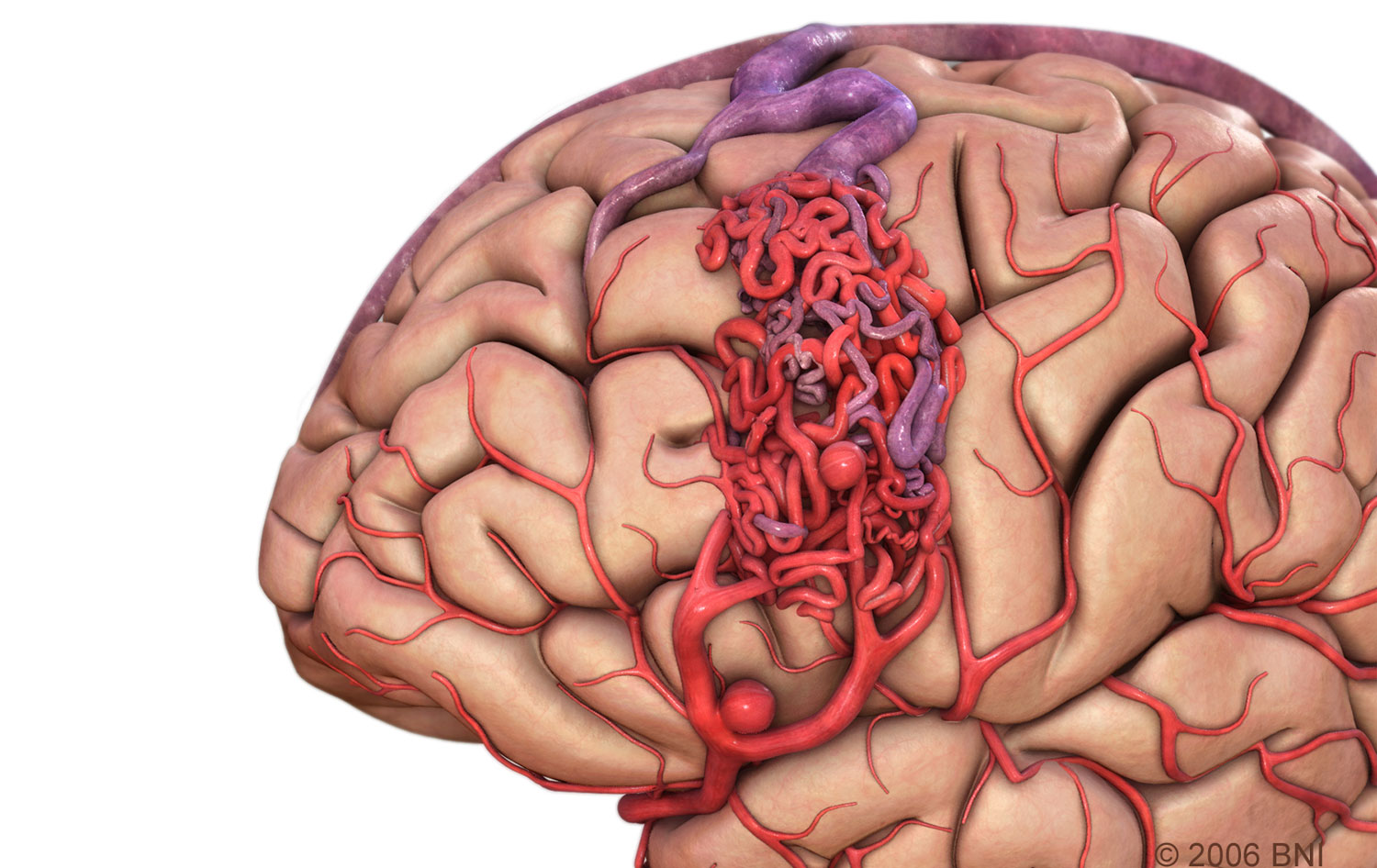 Arteriovenous malformations (AVMs) are defects in the vascular system, consisting of tangles of abnormal blood vessels (nidus) in which the feeding arteries are directly connected to a venous drainage network without interposition of a capillary bed. Arteries carry oxygen-rich blood away from the heart to the rest of the body’s tissues and cells. Veins return oxygen-depleted blood to the lungs and heart. Capillaries connect the arteries and veins. The presence of an AVM disrupts this vital cyclical process, causing a snarled tangle of arteries and veins that are connected to one another without the presence of any capillaries (19).

An AVM can occur anywhere in the body, but brain and spinal AVMs present substantial risks when they bleed. Because the brain and its blood vessels are formed together during embryological development, abnormal blood-vessel formation is often associated with abnormal brain tissue.

The cause of brain AVMs is debated, although it is likely multifactorial, with both genetic manipulation and angiogenic stimulation (the physiological process through which new blood vessels form from pre-existing vessels) appearing to play roles during AVM development. Some believe that AVMs develop in utero, while others advocate an angiopathic reaction, following either a cerebral ischemic or hemorrhagic event (sub-types of stroke) as a primary factor in their development.

The goal of brain AVM treatment is typically the prevention of new or recurrent hemorrhage from rupture. However, seizure control or stabilization of progressive neurological deficits are occasionally treatment goals. Interventional treatment of ruptured brain AVMs is generally advisable, considering a higher subsequent hemorrhage risk (4.5 to 34%percent) than previously un-ruptured ones (0.9 to 8 percent).

The management options for brain AVMs (ruptured or un-ruptured) include observation or various treatment techniques, such as microsurgical techniques, endovascular embolization and stereotactic radiotherapy used alone or in combination with varying degrees of treatment-associated morbidity and mortality. A treatment plan is devised to offer the lowest risk, yet highest chance of obliterating the lesion.