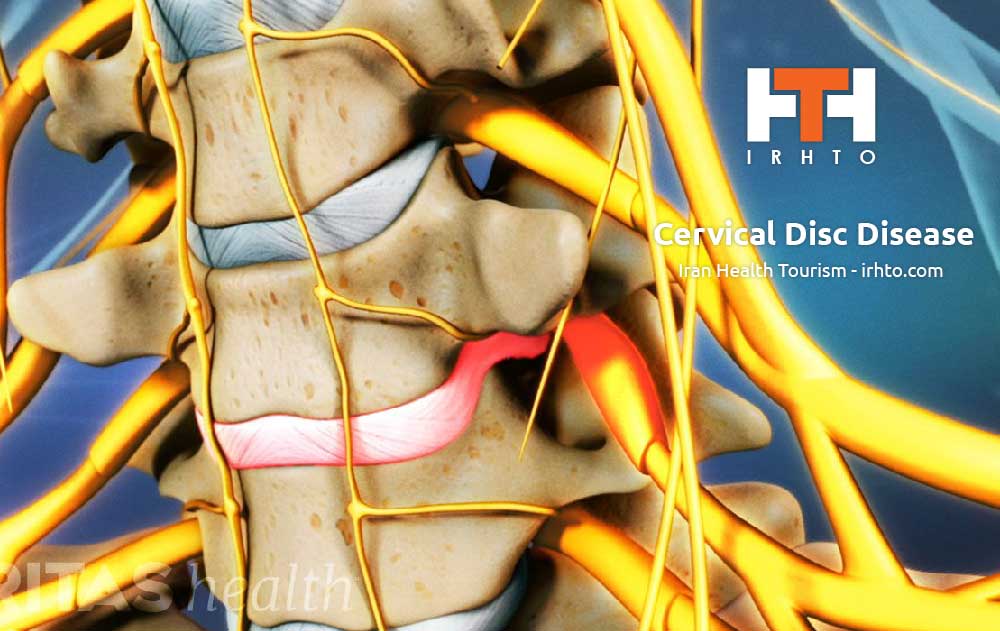 Patients may be referred to a neurosurgeon because of problems in their neck, shoulders, arms and/or hands. They may have experienced pain, numbness, tingling and/or weakness in any or all of these locations.

Neck pain may be caused by disc degeneration, narrowing of the spinal canal, arthritis, and, in rare cases, cancer or meningitis. For serious neck problems, a primary care physician and often a specialist, such as a neurosurgeon, should be consulted to make an accurate diagnosis and prescribe treatment.

Age, injury, poor posture or diseases such as arthritis can lead to degeneration of the bones or joints of the cervical spine, causing disc herniation or bone spurs to form. Sudden severe injury to the neck may also contribute to disc herniation, whiplash, blood vessel destruction, vertebral bone or ligament injury and, in extreme cases, permanent paralysis. Herniated discs or bone spurs may cause a narrowing of the spinal canal or the small openings through which spinal nerve roots exit.

Pressure on the spinal cord in the cervical region can be a very serious problem because virtually all of the nerves to the rest of the body have to pass through the neck to reach their final destination (arms, chest, abdomen, legs). This can potentially compromise the function of many important organs.

Cervical stenosis occurs when the spinal canal narrows and compresses the spinal cord, and is most frequently caused by aging. The discs in the spine that separate and cushion vertebrae may dry out. As a result, the space between the vertebrae shrinks, and the discs lose their ability to act as shock absorbers. At the same time, the bones and ligaments that make up the spine become less pliable and thicken. These changes result in a narrowing of the spinal canal. In addition, the degenerative changes associated with cervical stenosis can affect the vertebrae by contributing to the growth of bone spurs that compress the nerve roots. Mild stenosis can be treated conservatively for extended periods of time as long as the symptoms are restricted to neck pain. Severe stenosis requires referral to a neurosurgeon.

Nonsurgical treatment is the first approach in patients with common neck pain not involving trauma. For example, many patients with cervical disc herniations improve with conservative treatment and time and do not require surgery. Conservative treatment includes time, medication, brief bed rest, reduction of physical activity and physical therapy. A doctor may prescribe medications to reduce the pain or inflammation and muscle relaxants to allow time for healing to occur. An injection of corticosteroids may be used to temporarily relieve pain.

The patient may be a candidate for surgery if

There are several different surgical procedures that can be utilized, the choice of which is influenced by the severity of the case. In a small percentage of patients, spinal instability may require that spinal fusion be performed, a decision that is generally determined prior to surgery. Spinal fusion is an operation that creates a solid union between two or more vertebrae. Various devices (like screws or plates) may be used to enhance fusion and support unstable areas of the cervical spine. This procedure may assist in strengthening and stabilizing the spine and may thereby help to alleviate severe and chronic neck pain.

This operation is performed on the neck to relieve pressure on one or more nerve roots or on the spinal cord. The cervical spine is reached through a small incision in the anterior (front) of the neck. If only one disc is to be removed, it will typically be a small horizontal incision in the crease of the skin. If the operation is more extensive, it may require a slanted or longer incision. After the soft tissues of the neck are separated, the intervertebral disc and bone spurs are removed. The space left between the vertebrae may be left open or filled with a small piece of bone or device through spinal fusion. In time, the vertebrae may fuse or join together.

This operation is performed in conjunction with the anterior cervical discectomy. The corpectomy is often done for multi-level cervical stenosis with spinal cord compression caused by bone spur formations. In this procedure, the neurosurgeon removes a part of the vertebral body to relieve pressure on the spinal cord. One or more vertebral bodies may be removed including the adjoining discs. The incision is generally larger. The space between the vertebrae is filled using a small piece of bone or device through spinal fusion. Because more bone is removed, the recovery process for the fusion to heal and the neck to become stable is generally longer than with anterior cervical discectomy. The surgeon may select to use a metal plate that is screwed into the front of the vertebra to help the healing process.

This procedure is performed through a vertical incision in the posterior (back) of your neck, generally in the middle. This approach may be considered for a large soft disc herniation that is located on the side of the spinal cord. A high-speed burr is used to remove some of the facet joint, and the nerve root is identified under the facet joint. The nerve root needs to be gently moved aside to free up and remove the disc herniation.

This procedure requires a small incision in the middle of the neck to remove the lamina (the back bony part of the vertebrae). Removal of the section(s) of bone is done to allow for of thickened ligament, bone spur formation or disc material that may be pushing on the spinal cord and/or nerve roots. The foramen, the passageway in the vertebrae through which the spinal nerve roots travel, may also be enlarged, to allow the nerves to pass through.

The doctor will give specific instructions post-surgery and usually prescribe pain medication. The doctor will help determine when the patient can resume normal activities such as returning to work, driving and exercising. Some patients may benefit from supervised rehabilitation or physical therapy after surgery. Discomfort is expected while the patient gradually returns to normal activity, but pain is a warning signal that he or she might need to slow down.